Yes. Moi the Bibliomaniac is gradually
becoming Moi the Bookplate Collector as well. Some of the bookplates I possessed before coming to Hawaii are displayed in My
Sentimental Library photo album. Most of them are pasted on the front endpapers of books formerly owned by people whose books I collect. Since arriving in Hawaii six months ago, I have acquired seven more bookplates, only one of which is pasted
inside of a book: 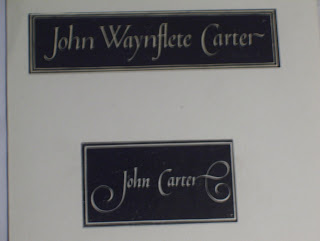 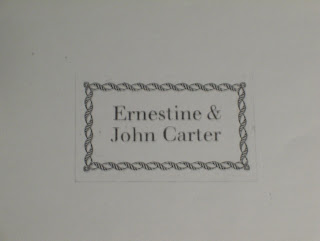 This is a copy of the bookplate John Carter designed for himself and his wife in 1947, and had printed at the Rampant Lion Press in Cambridge. Sandy Malcolm has the original copy. 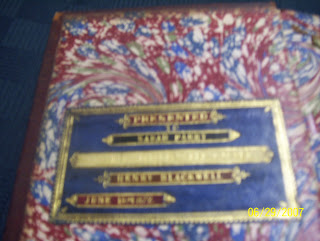 Henry Blackwell (1851-1928) is one of the bibliophiles in my library. I must admit that I had him confused with the abolitionist by the same name who lived from 1825 to 1909, and who was married to Lucy Stone. My Henry Blackwell was a bookbinder, a biographer and bibliographer. He was also an avid bookplate collector, having amassed over 10,000 old bookplates by 1903. I have a book from his library which he bound, and which contains his bookplate that Sears engraved. I also have a bookplate of his that E.D. French engraved. French also engraved a gift bookplate for Blackwell; however, the gift bookplate displayed above is not the one engraved by French. 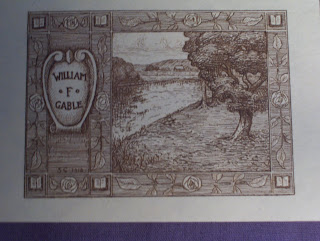 William F. Gable was a prominent Americana collector in the early 1900s. I have four autograph letters from other bibliophiles that were written to him in my library. I acquired Gable's bookplate from a prominent bookplate collector of our period, Lewis Jaffe. 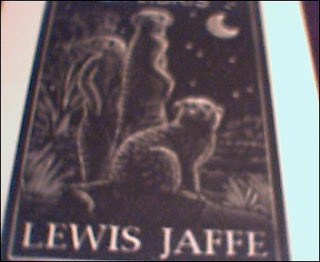 Lew sent me one of his personal bookplates as well. If bookplates are your thing, you need to read Lew's blog. 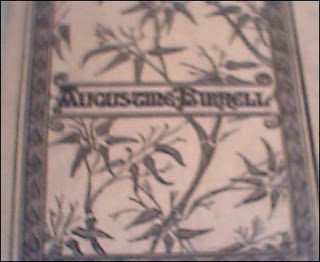 I have several books formerly owned by Augustine Birrell in my library back in Florida. I may even have Birrell's bookplate pasted in one of them; but it isn't displayed in My Sentimental Library photo album, so I acquired this one. This bookplate has a provenance of its own; I bought it from Anthony Pincott, a prominent member of The Bookplate Society. 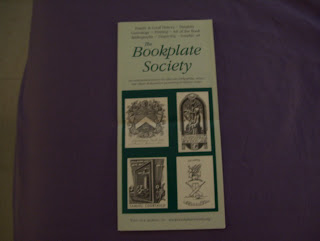 Along with the Birrell bookplate, Anthony Pincott enclosed a brochure from The Bookplate Society, which contains a membership application. If my bookplate collecting continues, I just may join after I return to Florida.
Posted by Jerry Morris at 4:39 PM