Once A Book Collector...

Despite my best intentions - Hey! Why fight it? - I haven't stopped collecting books. In fact, there is an on-going Friends of the Library of Hawaii Book Sale at McKinley High School in Honolulu, and I plan to see what's left of the 100,000 plus books they had up for sale next weekend.

Believe me, I had good intentions. Upon arriving in Hawaii, I contacted the local chapter of Bookcrossings. Unfortunately, their first meeting was on Pro Bowl weekend. Now I never said I'd give up football, so I missed that first meeting. What's more, after buying a few more books on ebay, I knew I would be keeping the books I bought instead of leaving them behind for others to find and read. It is now July, and I have yet to attend a Bookcrossing meeting.

I have, however, bought a few books here in Hawaii:

For My Harry B. Smith Collection 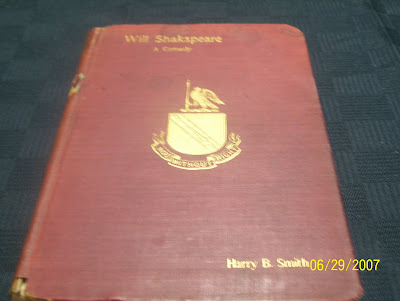 A Pleasant Comedie of the Life of Will Shakspeare
by Harry B. Smith
Chicago, 1893


One of these days I'm going to list all the Shakespeare books and articles written by all the authors whose books are in my library. I can probably fill a small shelf with them. This is Harry B. Smith's contribution to Shakespeare literature. I acquired it on ebay from Legacy Books II, Louisville, Ky. in January shortly after I arrived in Hawaii for $96.00 I may not get to read it until I return to Florida, but read it I will.

Inscribed by Smith to A.C. Wilkie 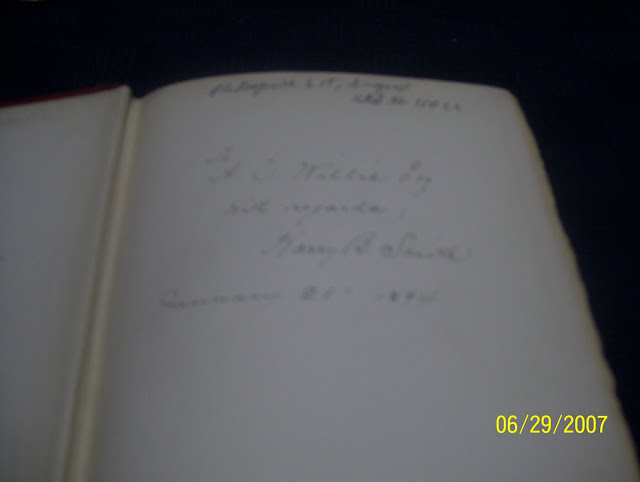 A.C. Wilkie appears to be a minor poet, possibly from the Chicago area. Some of his poems are listed in A Parody Anthology


A Birthday Gift From My Friend Asta 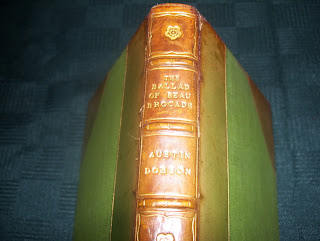 The Ballad of Beau Brocade
by Austin Dobson
London 1903 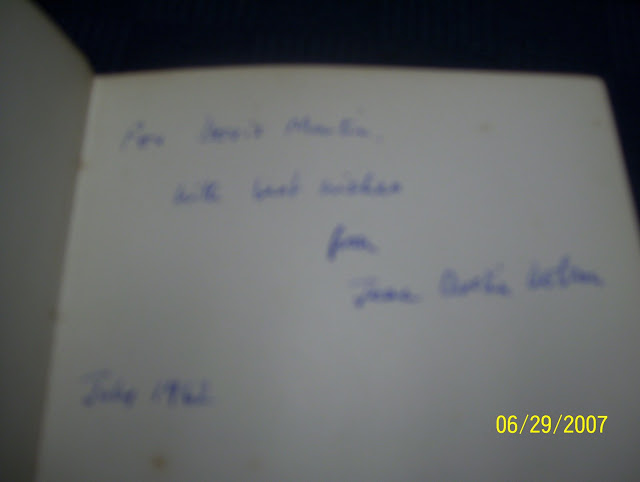 Asta knows that Austin Dobson is one of the authors I collect, and that I also collect association books. I did a double-take when I saw who signed the book. Jean Austin Dobson is no relation to the author; I believe Jean is a singer.


Bill Targ is a Character in This Book 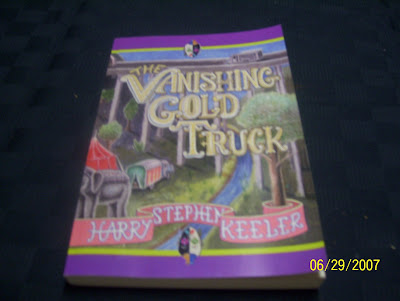 
Harry Stephen Keeler
was one of America's most forgotten writers; that is, until Richard Polt founded the Harry Stephen Keeler Society in 1997, and Fender Tucker's Ramble House started reprinting Keeler's novels shortly afterwards.

I got thirty pages into this book and I was not impressed. Ramble House is a good name for his publisher, because Keeler rambles on and on. I'll have to pick it up and try again, primarily to understand Bill Targ's minor role in his novel. 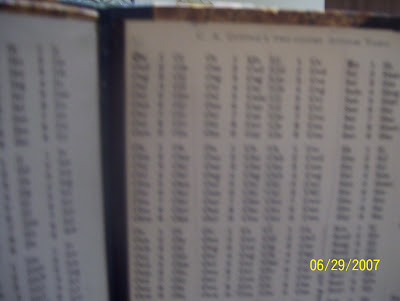 C.A. Cutter devised a library classification system for arranging books. This copy is undated. It was published sometime between 1880 and 1896, when the Cutter-Sanborn Three-Figure Author Table became the preferred author table.


One of Starrett's Books in the Torch Press Christmas Series 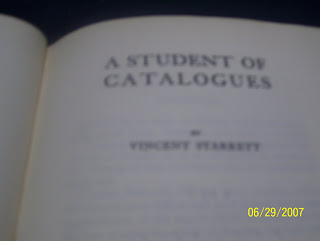 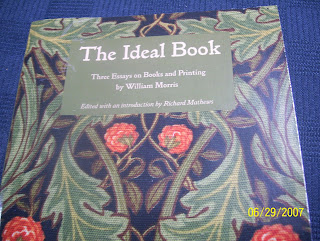 This is No. 8 of fifty copies printed. Great work by the members of the Tampa Book Arts Studio. 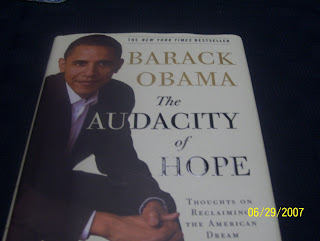 The Audacity of Hope
by Barack Obama
New York, 2006

One hell of a writer Obama is. The big question is whether he is one hell of a politician? I think we will see a Hillary Clinton/Barack Obama winning ticket; but not necessarily in that order. 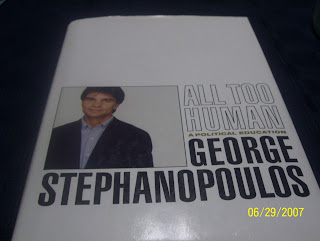 All Too Human
by George Stephanopoulos
New York, 1999

I enjoyed reading Bill Clinton's biography, and look forward to reading about George Stephanopoulos working for him.


Bio of Songwriter of Mele Kalikimaka 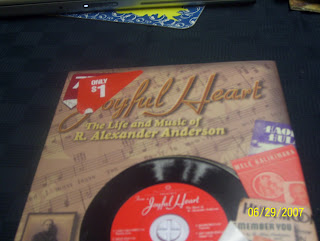 Joyful Heart
The Life And Music Of
R.Alexander Anderson
by Scot C.S.Stone
Waipahu, 2003
One dollar at the Borders bookstore in Waikele! I couldn't resist it. Comes with ten of Anderson's songs. He was a pilot during WWI and was captured by the Germans. Anderson wrote over 200 songs, most of them having to do with Hawaii. 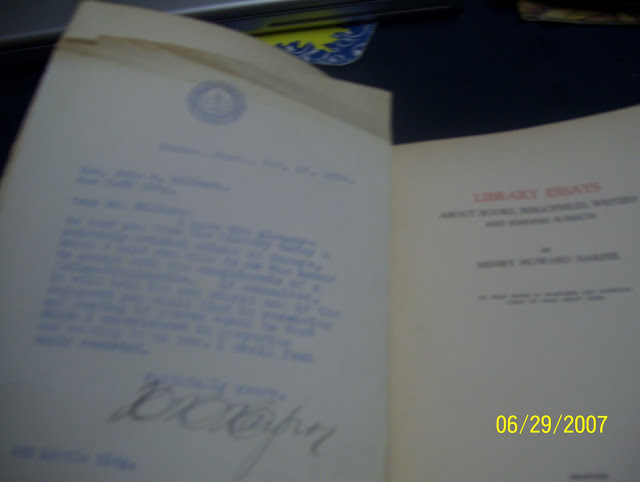 
Accompanying TLS from Harper to Milburn. I have a book or two by Harper in my library already. These essays are "about books, bibliophiles, writers, and kindred spirits." This book has an association with President McKinley, or at least the recipient of the book does. President McKinley attended the Pan American Exposition in Buffalo, New York at the invitation of John G. Milburn, and stayed in his house. Milburn was standing next to McKinley when the President was assassinated. McKinley returned to Milburn's residence to recuperate after surgery, but died several days later, possibly in Milburn's library.
Posted by Jerry Morris at 5:13 PM

You list a title by Austin Dobson,the Ballad of Beau Brocade, under which you state that the book has been signed by Jean Austin-Dobson.
In the sub-heading you note that Jean bears no relation to the author. I'd like to let you know, happily to the contrary, that she is the youngest grand-daughter of the author; the poet Austin Dobson was in fact Henry Austin-Dobson. Jean is now in her eighties, and was a very fine soprano who later taught singing at the Royal Academy of Music in London, and with whom I studied in the 70s.
Until very recently, Jean often gave public readings of her grandfather's poems.